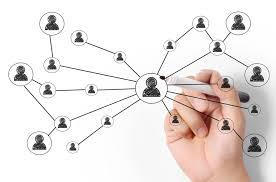 A Look Back At Digital Media

Written by Jess Friedman on March 3, 2016. Posted in Blog Dynamic

Sometimes it seems that digital media have always been with us and many of us probably struggle to remember a time before our smartphones. Yet, to a large degree, many of the apps, sites and tools that define much of our daily lives in 2015 have been around for little more than a decade…

Of course, when it comes to talking about digital media, it’s important to define our terms, which may not always match up with technical definitions. Rather than generalising about ‘all machine readable formats’, we’re talking specifically about the rise of sites that allow users to share content and exist largely online, from social media to blogs to content creation sites. We’re also referring to the technology that enables us to do it, including smartphones, tablets and laptops.

This, understandably, makes people think of social media first. It seems a little unbelievable then that while Internet Relay Chatrooms have existed since the dawn of the Internet, the granddad of all social media services, Facebook, is only 11 years old while Twitter has yet to turn ten, having been launched in 2006. Instagram barely clocks in at a juvenile 5 years old, rising in prominence as smartphones have become more sophisticated.

The World In Your Pocket

In fact, many of digital’s more recent and disruptive changes are inextricably linked to the explosion in smartphone and tablet technology. The rapid growth in the sophistication of these products (and the corresponding accessibility on price points) meant that, for example, Netflix chose to shift its DVD postage system to streaming, and eBook sales continued to soar as 28% of adults had read an e-book by 2014.

Not that the uptake of various digital options has always been about the technology itself. Frequently, user response has been more about the brand and nowhere is this more evident than Apple. Being able to interact with music digitally wasn’t an unknown entity in 2001 (as anyone who remembers Napster can tell you), but the introduction of the iPod that year revolutionised the way people thought about its place in their lives. Suddenly digital music could be (and was) everywhere, owing simply to sleek, lightweight design and the ingenious click wheel feature that made scrolling through thousands of options, the work of mere seconds.

If much of the technology that has come to define modern living, communication and connecting was a person, it wouldn’t be able to vote yet; and while much digital media is facing up to a somewhat awkward adolescence as debates around monetisation grow, the next 15 years look set to be just as disruptive.