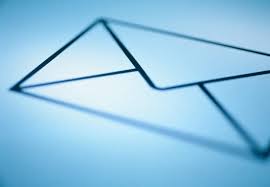 Written by Jess Friedman on August 2, 2015. Posted in Blog Dynamic

Remailing: maligned by some, misused by many but surprisingly useful if done properly. So what exactly do we mean by remailing? We’re talking about…

good old-fashioned persistence and the timeless ability to know when to give it another shot. Most marketers will know the drill: you conceive, develop and execute a campaign strategy that includes emailing a client’s database.

Most of the time, the success rate is variable and will rest largely on social media activity or splashy Above The Line ads. However, the trusty emailer still has it’s place and can serve as a useful flag to consumers that social media might not. If that sounds a little unbelievable then just consider the fact that way more people have an email account than a social media profile, and targeted clicks beat random ‘likes’ every time.

To put it in the language of cold fact, Facebook might have over 1 billion active users per month, Twitter may offer 255 million; but, according to Radicati, the total number of worldwide email accounts is projected to be 4.9 billion by 2017. That means there are three times more email accounts than Facebook and Twitter accounts combined. Now add to that the fact that, according to Newsfeed:

It stands to reason that your email campaign has a good chance of being around six times more successful than your social media one.

So the big question becomes not whether to remail, but when – and whom. After all, not every announcement needs a repeat performance. Gauging which campaigns to remail really depends on what needs to be achieved, and that will always depend on metrics. Do you want to take something that worked and repeat it? Or would you rather take a campaign that fell short and give it another shot?

Then weigh up your follow through rate. Consider targeting a remail campaign to people that clicked but didn’t purchase. Why not remail people who you know might be interested and add an extra interactive element to get your follow through. Remember, the benefit is very much in the fact that you already know your target is interested and you know how to contact them directly – there’s really no better starting line than that.