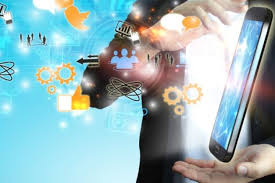 What To Expect From Online Marketing in 2016

Written by Phillistus on January 19, 2016. Posted in Blog Dynamic

As the year closes out and you get ready to swap your desk for a choice view and late mornings, it’s a good time to prime yourself for what marketing will throw at you in 2016. There are already a few key
…

trends emerging for the year ahead, with video in particular set to make even bigger inroads into the marketer’s mix.

There are a couple of key reasons for the growth of videos and vines, not least of which is better hosting and compression and more platform options. The last half of 2015 was when users finally saw Twitter acknowledge the power of video and its long overdue hosting app. Marketers have also received more good news in the form of Google’s new in-SERP video advertising, which will allow video ads to be embedded in search results and has provided a strong indication that web users are becoming more accepting of direct marketing online.

Mobile also looks set to continue its seemingly unstoppable rise, with more users swapping laptops for smartphones. It’s worth noting that according to Google, 2015 was the year that mobile traffic overtook desktop in ten countries, including the significant US and Japanese territories.

Waiting in the Wings

The past year has seen plenty of discussion around the Internet of Things and wearable tech such as the Apple Watch, a first-generation smart watch, and all indicators say that this looks set to continue into 2016 with more (affordable) options.

As with most years, there has to be a wildcard option in the digital technology mix. For 2016, that looks set to be the emergence of Virtual Reality into a more mainstream market. Currently, most people will still associate the impending onslaught of VR with video games, although there are several units set for more general purpose, including the much hyped Oculus Rift. Already it’s predicted that these devices could introduce an entire new medium of online advertising and present easy integration to social media, video channels and direct messaging. Then again, despite the billions invested into the technology, VR could always turn out to be yet another passing fad (Google Glass, anyone?).

Whether the next year has everyone roaming around in wireless goggles or not, there’s plenty of innovation to look forward to in the months ahead.